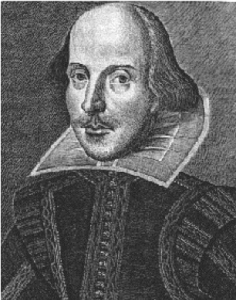 The Power of Theatre in Schools

These are three important tools in getting the most out of your students to deliver effective and fun theatre workshops. Theatre is a great tool used to bring out a different side of the student that you do not get from traditional teaching methodologies. It redirects students from the strict academic focus of learning English grammar and brings in the element of PLAY. Unlike tests and workbooks, these theatre workshops are not concerned about perfect English but rather about presenting opportunities to practice speaking in English. It is this environment that allows students to be freer with producing language and thus improve their fluency skills.

Allowing the students to be expressive, speaking in a funny voice, or walk in a funny way keeps the students engaged whilst they are taught English. It is enjoyable for the students to watch their classmates try interesting voices or funny walks. We are born wanting to play, to have fun interacting with each other and to express ourselves. Theatre allows our students to do that.

With this methodology as our foundation, we start giving our students basic English scripts to read and memorise. It lessens the pressure of thinking on the spot and creating their own sentences – which for anyone learning a new language knows – can be STRESSFUL. Our focus is on building their confidence and performance by using all of the aspects of theatre, then the teams work together to present an exciting and fun final performance.

Shakespeare is known for being a master of words, he has given almost 2000 words to the English language. He developed his own extraordinary branch of English which has shaped the language we use today. He has also waived some very unique insults throughout his plays. Here are a couple for you.

USE INSULTS AT YOUR OWN RISK.

“Away, you three-inch fool!”

From The Taming of the Shrew

“Thou art a boil, a plague sore”

You are very ugly. Something that looks like a disease from the plague.

“Where got’st thou that goose look?”

Why do you look so stupid?

“Your brain is as dry as the remainder biscuit after voyage”

You’re stupid, thick, there is nothing going on in your brain.

“Her face is not worth sunburning.”

Drama Games to Use in the Classroom

Place students in small groups of 3-5. Give your students a suggestion of what picture you would like them to create e.g. playing at the park, a birthday party, animals in the jungle etc. From the suggestion, the groups must form a picture. Encourage the students to work together to create the picture and ask students what they are doing in the picture, encouraging them to speak.

It’s me… your grandma

Have students stand in a line and as the tutor stand as far away from them as possible (best played outdoors). Start talking to your students one by one e.g. “Hello, Nico”. Then ‘Nico’ will carry on “Hello Grandma”. “I can’t hear you, Nico! Can you please repeat”. You can ask your students anything e.g. how old are you, what’s your favourite colour” The emphasis on this game is to have the students speak loudly and clearly as if they were talking to their Grandma, helping them understand how loudly they need to speak when on a stage.

During our busy Summer Camp Season, Joel went to Cascina to run a 1-week Shakespeare camp for high school students aged 14-19. The camp gave students in depth knowledge of Shakespeare, delving into multiple plays including Romeo and Juliet, As You Like It, Macbeth and Hamlet.

A Typical Day at Camp

Throughout the day we explored:

The Voice and Pronunciation 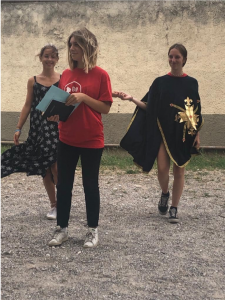 Romeo and Juliet walking down the aisle to get married!

The emphasis and success with this camp was on improving students’ confidence to speak English, building on the level of English they already possessed to create enthusiastic EFL learners. Every day the students were working towards the final project: perform a rendition of Romeo and Juliet for their families and friends. They worked with our professional actor-tutors to recreate Shakespeare’s scenes by practicing fluency skills and using their imaginations.

Some words from Joel 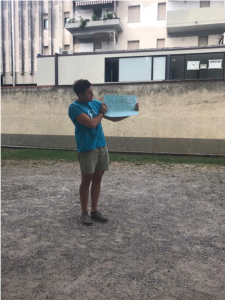 “At the beginning of the week, the students were very shy and were lacking in confidence to speak in English. However, by the end of the week, after lots of play, laughter and fun, even the shyest kids were performing in English, freely and confidently. One of the best parts of the camp was seeing how surprised and proud the kids’ parents were for putting on such a fantastic Shakespeare performance.”

A big thank you to our Camp Director in Cascina, Tamara, for putting this fantastic camp together! We hope to see you next year! 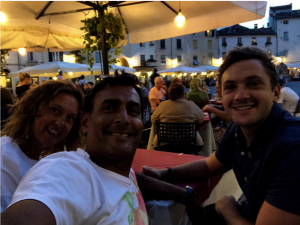 “And whether we shall meet again I know not.

For ever, and for ever, farewell,

If we do meet again, why, we shall smile;

If not, why then, this parting was well made.”

Farewell!!… AT LEAST UNTIL THE NEXT BLOG!